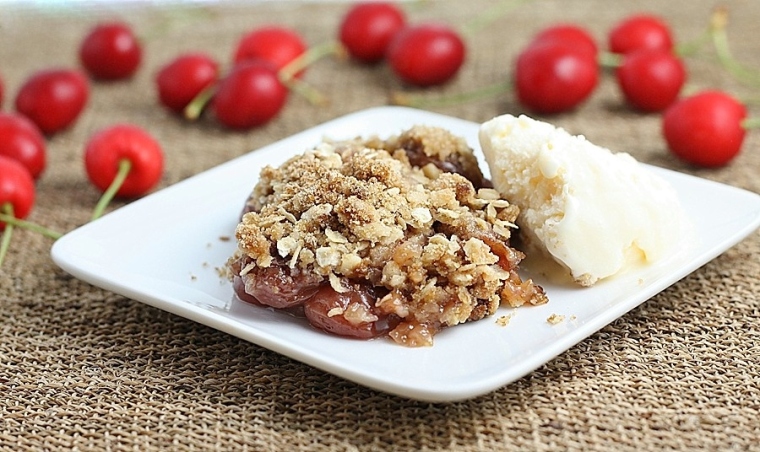 We have a love-hate relationship with our cherry trees.  I remember when we found out we would have cherry trees in the back yard of our house – we were elated.  We couldn’t believe we would actually get cherries to pick, it just seemed too easy.  Cherries are one of the most expensive fruits in the store – I figured there had to be a catch.

The first couple of years I think we got about 5 cherries combined from our two trees.  I knew it couldn’t be that easy – it finally made sense that they were so expensive.  Then a couple of years later, something happened – we got cherries, lots of cherries – so many, we didn’t know what to do with all of them – and we couldn’t keep up – the crows and birds moved much faster than we did, and by the time we thought they were ripe enough to pick, there were not many left.  We couldn’t believe it.  And boy what a mess they made – there were cherry pits everywhere – all over the yard, the garden boxes, it was just a mess.  The next year we were determined to get enough cherries so I could make some crisp – so we were out there, the second we saw the cherries getting ripe, and we picked a lot – and I baked a crisp.  The next day, the crows and birds had a party, and the season was over.

This year we had pounds and pounds of cherries – and we decided to share them with the crows and birds – every night we would pick some and they would eat some – and it actually worked out pretty well.  We were all happy, and we tried to keep up with the mess they made, so we didn’t curse them as much.  We actually got a crisp out of it – and something else, so stay tuned – aside from all the freshly picked ones we ate.  We even invited some neighbors over to enjoy the bounty.  It was a great season.  I found this crisp recipe from Sugarcrafter – and it was delicious.  Thanks for a great recipe, and thanks birds and crows for not eating them all this year!

For a printer-friendly version of this recipe, please click here:  Cherry Crisp

Leave a Reply to Liz B. Cancel reply