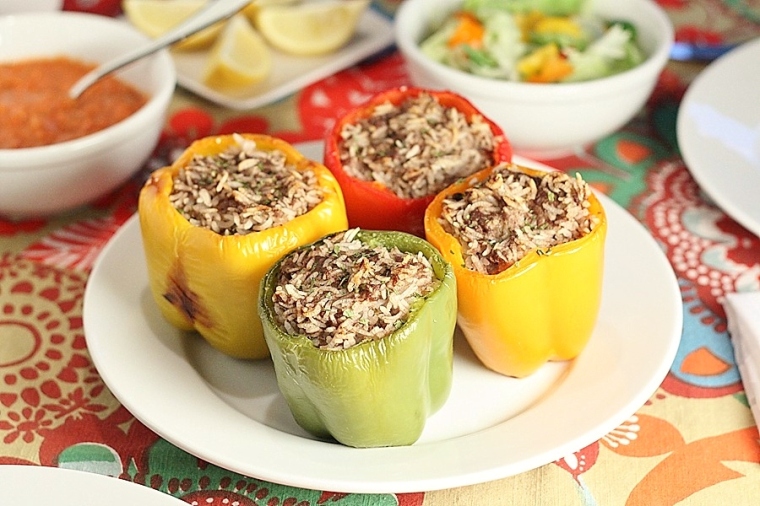 My kids are turning into such adventurous eaters – I just love it.  I never thought I would be here, but I finally am.  I remember the early days when I actually had to make them a separate dinner every night – for one, they couldn’t stay up late enough to eat with us, but in addition, they never would have touched anything I put on their plate.  Unless it was plain meat with nothing else touching it or covering it, they wouldn’t go near it.  It even took a while for my girls to like pasta – but never with sauce.  I had to ease them into the cheese.

Well, life is much different now.  We all sit down to eat dinner together almost every night (unless my older daughter has a conflicting activity during dinner time, which seems to be happening more and more), and they almost always eat what I serve.  They don’t always like it, but they will always make a valiant effort.  I saw this recipe in Cooking Light, and I thought it would be something fun to make.  I told the girls that I was going to make stuffed peppers, and my little one was not overly excited.  I showed the picture to my older one though, and she immediately started explaining how she didn’t have to eat the pepper, it was just used as a cup to hold the rice mixture.  My little one bought it.  They of course had to come to the store with me and pick out four different colored peppers.  The funny thing is that the orange one actually turned yellow after it was cooked, otherwise it really would have made a colorful picture.  They both loved the filling – I must say, with some of the sauce on top, this was an incredible dinner.  My husband and I each ate our daughters peppers, which was probably overkill, but we couldn’t let them go to waste.  Someday I will even get them to eat the peppers…

For a printer-friendly version of this recipe, please click here:  Lebanese Peppers