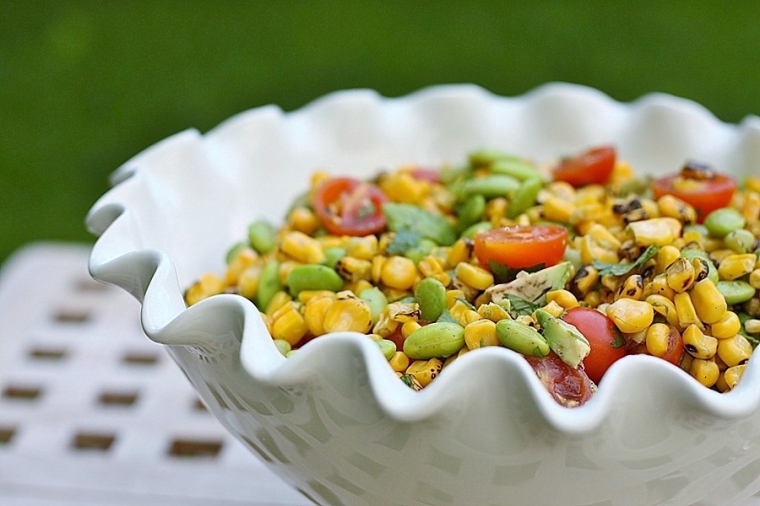 When I was growing up on the east coast, summer was really summer.  It would get warm in June, and stay that way usually into September.  Corn on the cob was usually the true sign that summer was in full swing.  My mother would stop at the farm stand and pick up the really fresh just picked corn, and it was so sweet and delicious, there was no butter needed.  It was only really in season for a couple of weeks, so we really had to get our fill while we could.

When I moved to Denver, summers were even hotter, but it was a dry heat, and I loved it.  We didn’t have air conditioning, so every weekend we would flee to the mountains and camp – it was the only way to stay cool.  We had a rule also, no turning on the stove or the oven – so every night my boyfriend (who is now my husband) would fire up the grill, and I would make a cold salad.  We lived like that all summer long.

Now that I live in Seattle, unless we get lucky, summers are really not summers.  We might get a few days or even a week with temperatures over 80 degrees, but it doesn’t happen often.  Corn on the cob is available for months – but it is so bland, unless you put butter and salt on it, it tastes like just matter.  I still miss that fresh picked corn on the cob, but have instead resorted to making corn salads.  That way I can put a light dressing on, and give it a little flavor.  Or sometimes, I just hop over to Trader Joes and pick up a package, sometimes it actually has more flavor than the supposedly fresh stuff we can get in the market.  This is one of my favorite summer salads – extremely healthy, and lots of different flavors.  So – if you happen to live somewhere that is actually experiencing a summer – give this one a try.  If you can get fresh corn on the cob, all the more power to you – otherwise, use frozen, you will still not be disappointed.  Just take a few bites of this, and no matter what the weather is like, you will feel like it is summer…

Place the tomatoes in a large bowl, and sprinkle with 1/2 teaspoon salt. Let stand 10 minutes.

For a printer-friendly version of this recipe, please click here:  Tomato, Corn and Avocado Salad 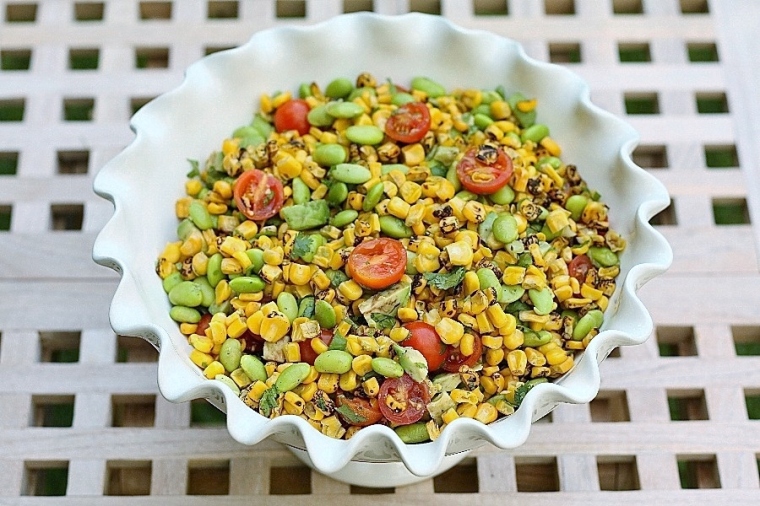