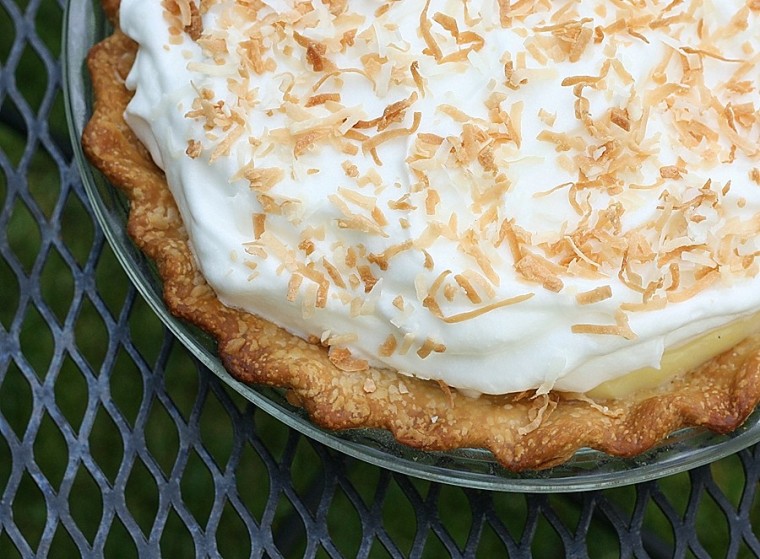 Coconut cream pie has always been one of those desserts I have held in very high regard.  It is a multi-step process, that if done right, is completely outrageous.  I remember growing up my grandmother used to make a lemon merengue pie – and every time she served it I secretly hoped that she decided against the lemon flavor and went with a coconut filling.  No such luck.  Her lemon merengue pie was outstanding, but lemon desserts were not my thing growing up.  When I finally got my first taste of coconut cream pie, I was hooked.  It was amazing – the best diner food ever.  After that, whenever I would see it on a menu, I had to go for it.  I have had a lot of different kinds over the years, but have never attempted to make one myself….until now.

There is a bakery in downtown Seattle that serves the most amazing coconut cream pie – they use real whipped cream as the topping with big pieces of shredded coconut.  The problem is that it is almost too rich for me.  A few bites is all I really need to feel satisfied that I had an amazing dessert.  I saw this recipe in Cooking Light – and what appealed to me the most was the fact that the topping was merengue instead of whipped cream!  It reminded me of my grandmother’s pie – the way I longed for it – with coconut cream in the middle instead of lemon.  This pie was incredible.  You would never know it was a light recipe – it tasted just as rich and creamy as you would want your coconut cream pie – but the merengue offered it a lighter balance.  Both girls went nuts over the pie – especially my younger one, who seems to take after me when it comes to sweets.  She ate it nice and slow – to savor every bite.  I loved watching her eat it.

So, give this a try – perfect for an afternoon BBQ or a fancy dinner party – just so versatile, and your guests will be very impressed – and happy that you saved them a few calories in the process…

Fit dough into a 9-inch pie plate coated with cooking spray. Fold edges under; flute. Line dough with foil; arrange pie weights or dried beans on foil. Bake at 425° for 10 minutes; remove weights and foil, and bake an additional 10 minutes or until golden. Cool completely on a wire rack.

Place 3 egg whites and cream of tartar in a large bowl; beat with a mixer at high-speed until soft peaks form. Combine 1/2 cup sugar and 1/4 cup water in a saucepan; bring to a boil. Cook, without stirring, until candy thermometer registers 250°. Pour hot sugar syrup in a thin stream over egg whites, beating at high-speed until thick. Spread meringue over pie. Cover and refrigerate at least 2 hours. Top with toasted coconut before serving.

For a printer-friendly version of this recipe, please click here:  Coconut Cream Pie 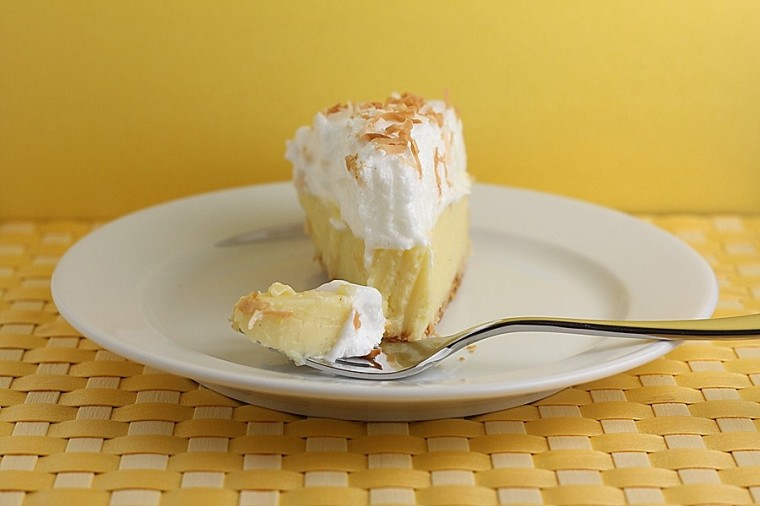